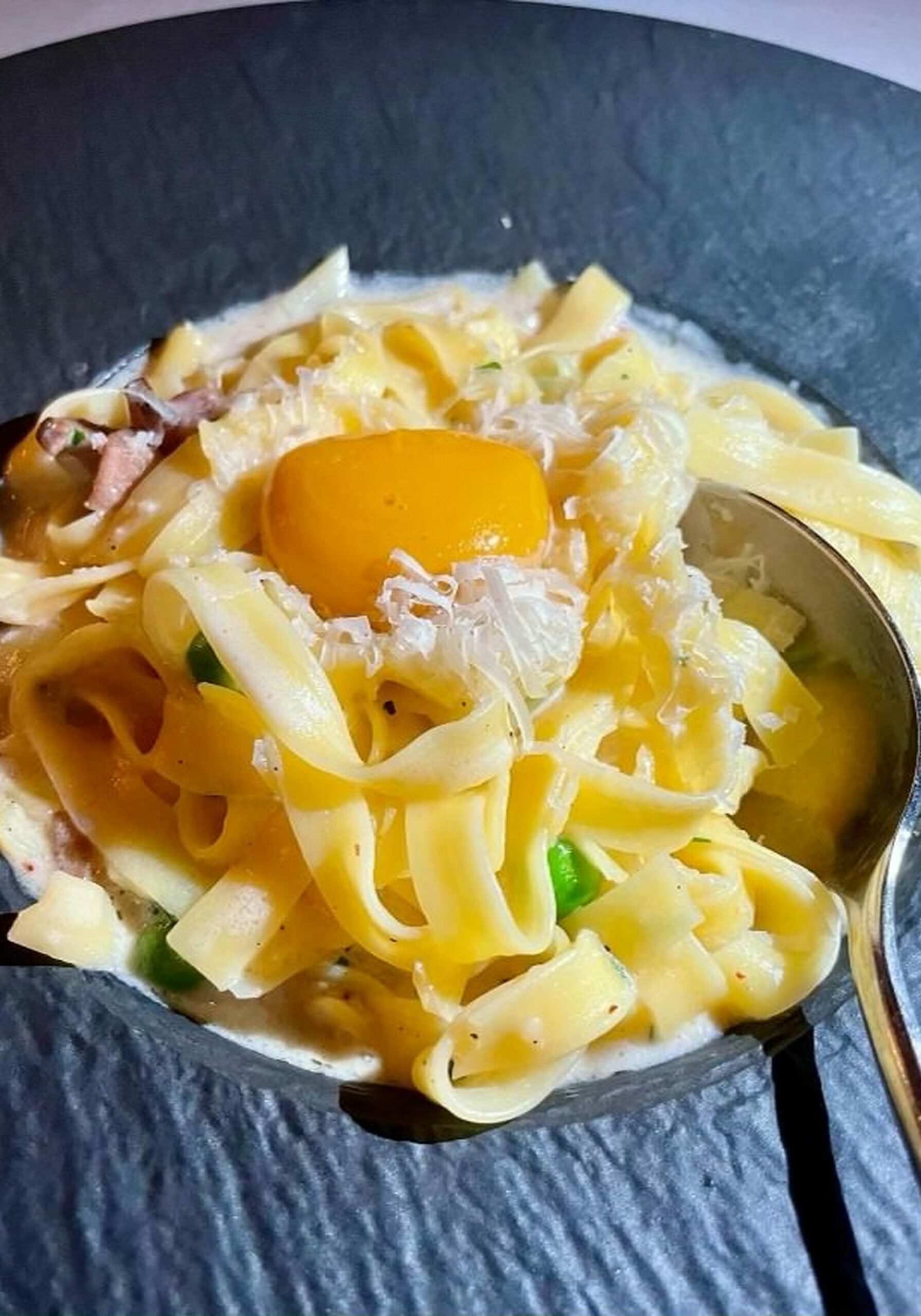 While researching where to take my vegan roommate for her birthday dinner, I landed on a “top vegan restaurants in LA” article. Because I am not vegan, I had no idea where to go off the top of my head, so Google was my good friend in the process of finding a spot. While I had heard of many of the restaurants on the list, Crossroads Kitchen stood out to me due to the various celebrity sightings that happen there. When the decision to go to Crossroads Kitchen was final, I dressed business casual in my best jeans and snakeskin leather jacket. Melrose typically has limited parking, but our group lucked out with a metered spot down the street from the establishment. Both outdoor and indoor seating is offered at Crossroads Kitchen. When we arrived, the hostess directed us to our booth toward the back of the restaurant.

First up, we ordered the whipped feta appetizer with blood oranges. This dish is available in both gluten-free and non-gluten-free varieties, so we got both. I personally had the regular sourdough bread, and this appetizer was the absolute perfect combination of salty and tangy, with the warm sourdough bread to balance it off. We then ordered a couple of veggie dishes, including the maple roasted butternut squash (with jalapeño gremolata and crushed hazelnuts) and the truffle potatoes. The truffle potatoes were my favorite of the two. I loved how they were cut, and the truffle flavor was not too overwhelming but was just right.

For the mains, we ordered gluten-free spaghetti carbonara, campanelle pasta with homemade Italian sausage and rapini, and a truffle mushroom bianca pizza. The pizza came out first — and oh my goodness! The pizza was served at an ideal temperature, the truffle flavor was out of this world, and the toppings did not fall off the slice even though it was thin crust, all of which contributed to it being the most perfect slice of pizza I have ever had. This pizza is truly a must-order when dining at Crossroads Kitchen! The two pasta dishes arrived next, and since I was still on cloud nine from the pizza, I wasn’t really impressed by the pasta. While they were good, they weren’t anything out of the ordinary. Because of the Italian sausage and rapini, I preferred the campanelle over the carbonara. However, I thought it was cool how they had the vegan egg on top of the carbonara. The server explained that it is actually made from a whipped yellow tomato béarnaise sauce. This detail alone had me in awe, so the carbonara deserves credit for being unique.

Lastly, since it was my friend’s birthday, they brought out the chocolate Rocher dessert. The richness of the hazelnut crunch dark chocolate on the outside was complemented by the softer creamy caramel on the inside. What we ordered was not just the perfect amount of food, but also the perfect combination of different flavors for an appropriate sampling of what Crossroads Kitchen has to offer.

The hostess was quite accommodating in allowing us to store the birthday cake we brought because, according to COVID-19 precautions, no outside food is permitted to be served at the table. Our server was also extremely attentive with our large order and specific gluten-free inquiries, while the chefs did a magnificent job in mastering the taste and presentation of the food! The ambiance of this restaurant is A1, and we even spotted a few celebrities. Let’s just say that just when I thought my sighting of Nessa Barrett was a big deal, we later ran into Camila Cabello leaving the restaurant at the same time as us.

Long story short, I will most certainly be returning to Crossroads Kitchen for the next special occasion that necessitates vegan or gluten-free options. What I like best about this restaurant is that you can’t tell the cuisine is vegan, which, at the end of the day, satisfies me because I know I ate “healthier,” but the meal was still delicious. Thank you Crossroads Kitchen for an amazing meal for my friend’s birthday — it was a night she definitely won’t forget!