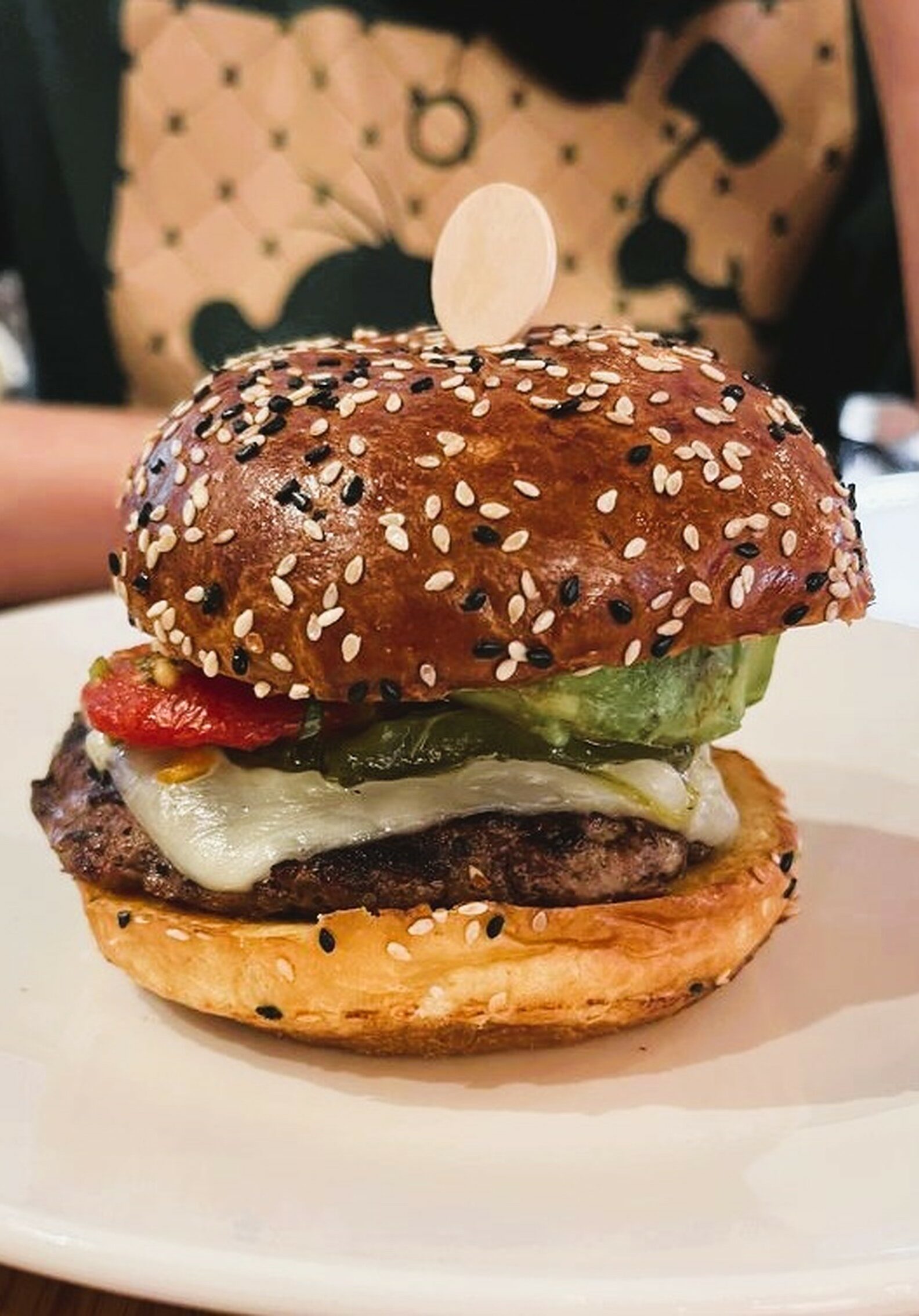 Is Gordon Ramsay Burger the next best burger in Chicago?

When I returned to Chicago this January after a prolonged visit back to my hometown of Portland, Ore., I was excited to see a new restaurant had opened in my neighborhood. After finding out it was the newest in the string of Gordon Ramsay restaurants, I knew I needed to check it out.

Gordon Ramsay Burger, owned by internationally renowned chef Gordon Ramsay, is a full-service restaurant that offers burgers, fries, and milkshakes. With its first location in Las Vegas, the Chicago location on Ontario Street in the River North neighborhood is the second of its kind.

As you walk into Gordon Ramsay Burger, you will be impressed by the wood vaulted ceilings and red brick walls, giving the restaurant a historic but modern feeling. There is table and booth seating available, as well as open seating at the bar. While we didn’t have a reservation, we waited only about 15 minutes before being sat at a table with menus. Because the restaurant only opened in late December 2021, there was still considerable buzz about the location, and was fairly busy throughout our visit. I will say that one of the key standouts is how well-timed and executed everything in the restaurant is, from the service to the food to the decor. For those who have watched one of the many TV shows featuring chef Ramsay, it’s not surprising that his restaurant meets (and exceeds) the high service and dining standards he often emphasizes on screen.

Once seated, our server greeted us and explained the restaurant concept and menu. The menu consists of several subcategories like snacks, salads, fries, hot dogs, burgers, sweets, and drinks, and the server ran us through several of his favorite items in each group. Though we didn’t opt for any of the alcoholic drink options, the cocktail menu boasts several whiskey, gin, and vodka drinks with complex flavors and fun names (e.g., Hepple Me!). We decided to start with the Street Corn Dip, which appeared to be reminiscent of a popular Mexican street food, esquites. For our main course, we both ordered one of the signature burgers; I chose the Blue Cheeseburger while my boyfriend got the Hell’s Kitchen Burger.

First out was the appetizer, the Street Corn Dip. Served with a side of blue corn tortilla chips and fresh lime, the corn dip was plated simply and served in a small soup bowl with a spoon. We squeezed the lime directly into the dip and stirred it around before digging in with the blue corn tortilla chips. The dip itself was made up of elote-style corn, jalapeño, Fresno chiles, cotija cheese, parmesan, and cilantro, and rang true to other esquites-type dishes I’d enjoyed before. The cilantro and lime superbly cut through the richness of the cheesy dip, while the spice from the chiles and jalapeño left a lingering spice after each bite. The portion was enough for two people to comfortably share, but if you are dining with a group, I would suggest getting multiple appetizers so you’re not left hungry.

After our appetizer was finished, our server quickly cleared our table and brought out our burgers. Both burgers were plated very elegantly on large white plates with a small wooden skewer stuck in the middle to hold the burger in place. I do want to note that the burgers at Gordon Ramsay Burger do not include a side of fries, so if you’re interested in getting fries with your meal, make sure to order them a la carte. My burger, the Blue Cheeseburger, was served on a sesame bun and came with blue cheese, caramelized onions, crispy onion rings, blue cheese dressing, bibb lettuce, and spicy aioli. I love the combination of blue cheese and caramelized onions, and my burger did not disappoint. Though there were several rich flavors (cheese, fried onion, caramelized onions) in the burger, the bibb lettuce and spicy aioli added freshness and complexity to each bite. My boyfriend’s selection, the Hell’s Kitchen Burger, was served on a sesame bun and included mozzarella, roasted jalapeño, avocado, and roasted tomato. He noted that while it wasn’t for the faint of heart, the burger was quite tasty and not so spicy that the average diner couldn’t enjoy it. Both burgers were large enough for one person to leave fully satiated (even without the fries!).

When our server swung by our table to collect our dinner plates, he offered us copies of their dessert menu and strongly recommended we try one of their milkshakes. Though I don’t typically indulge in dessert when out to lunch, we decided to try their Sticky Toffee Shake at his behest. The shake is served in a tall glass with whipped cream and topped with crushed toffee pieces, and we easily finished it within minutes of it arriving at our table. Though definitely on the sweeter side, if you’re able to split this shake with another diner, it’s the perfect way to end your meal.

If you find yourself near the Gordon Ramsay Burger, I recommend stopping in to enjoy one of the restaurant’s signature burgers and a milkshake. With such a renowned owner, the entire environment in the restaurant is exactly what you’d expect, with friendly service, delicious food, and the ability to be in and out of the restaurant in a reasonable amount of time. Whether you’re a “Hell’s Kitchen” fan or simply out to find the best burger in Chicago, I’d recommend Gordon Ramsay Burger any day.