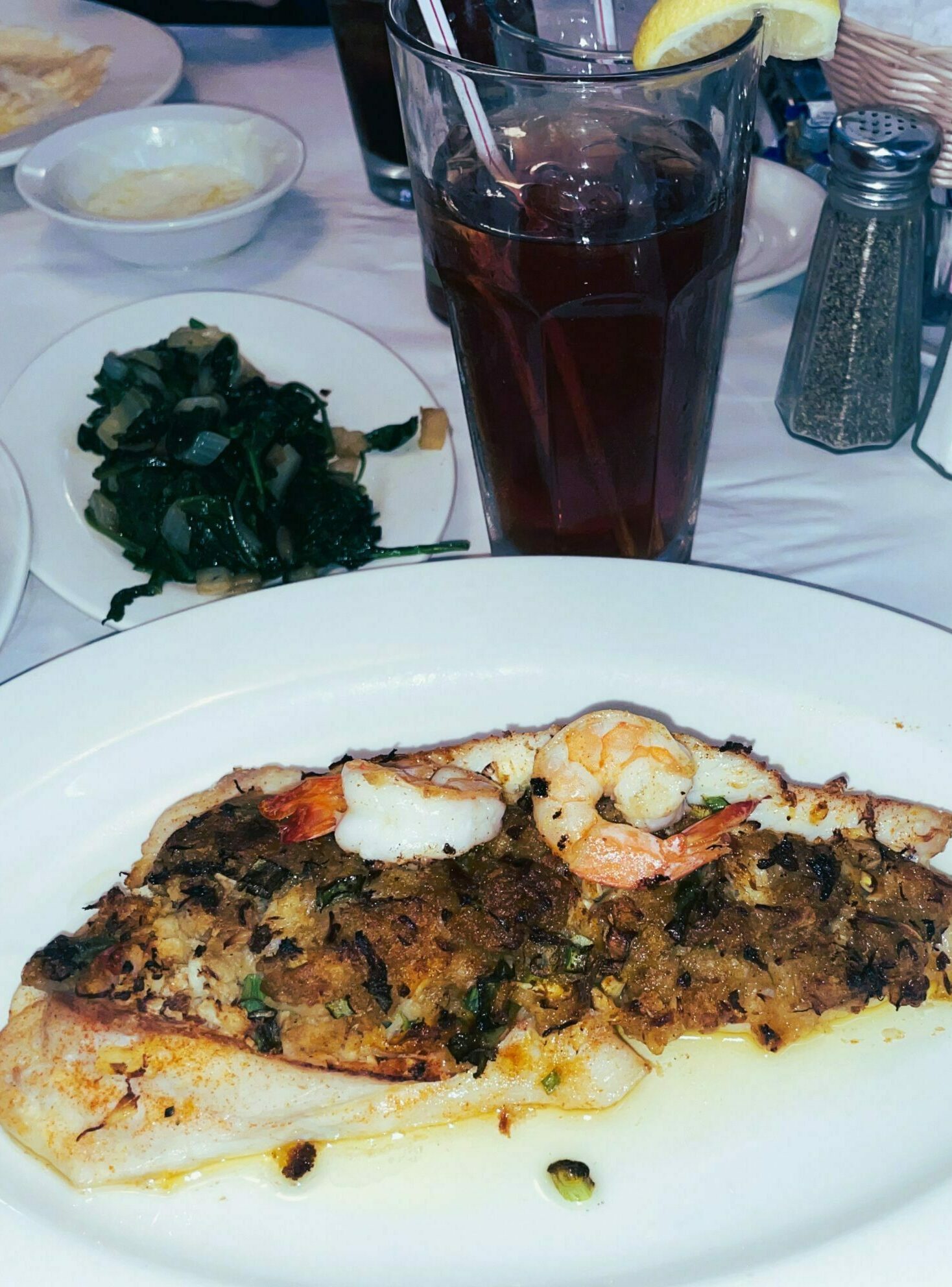 A century-old staple in Houston only at Christie’s Seafood and Steaks.

Christie’s Seafood and Steaks is Houston’s oldest restaurant, with roots in Galveston, Texas as a small stand that opened in 1917. The main founder, Theodore Christie, was a Greek man that grew up in Istanbul, Turkey with a dream of being prosperous in the food industry. He moved to the U.S. in the early 1900s and eventually became well-known for his sandwich shop in Galveston, where other Greek immigrants were making their mark. However, he relocated to Houston in 1934 and sold his business to a pair of cousins on the condition that the name Christie’s remains in the title. Initially, Christie’s was just famous for selling fish sandwiches by the thousands every week. This establishment advanced to sell the freshest seafood in full meal orders and plates as opposed to only sandwiches. The Westheimer location opened in 1979 and is still open today, promising the freshest, tastiest seafood with the most hospitable service. Red snapper, flounder, oysters, shrimp, sandwiches, and steaks are among the items on their menu. Each meal comes with a free salad. If you have room after your meal, there is also a delightful selection of desserts for reasonable prices.

Christie’s Seafood and Steaks looks like a small one-story house with a catchy sailor design from the outside. This restaurant does not look too flashy when driving by, but it’s still presentable. Customers can walk inside and see the fish tank, bar area, and host stand, as well as dried-out sea animals. The restaurant is not fancy in the traditional sense, but it is certainly nice for family gatherings, celebrations, and above all, a delicious, filling meal. The place is decorated with dried-out fish and paintings, which is appropriate given the seafood theme. The current owners are the mother and children of the owner who passed away less than a decade ago. The current owners greet their guests at the door, take phone call requests, and visit tables to ensure people receive excellent food and service.

On Mother’s Day, I ordered the stuffed snapper with spinach, which is my favorite dish at Christie’s Seafood and Steaks. Although cooking takes longer than other menu items, it was worth the wait. It was absolutely delicious, savory, and rich. It was very filling and abundant, especially with the fish and crab stuffing. I asked for the wine sauce on the side to fully appreciate the other aromas and spices in the meal. The red snapper was tender with a nice bite to it on the edges. The stuffing had its own unique flavor with a considerable amount of seasoning and fresh crab flavor. The gravy on the side was a bisque with butter and wine. Every bite of the sautéed spinach was juicy and tender, with a pleasant flavor. Both my parents also consider the stuffed snapper their favorite selection here. Other than the stuffed snapper, I also love the broiled oysters and the stuffed shrimp. My parents love their fried shrimp, which is really popular at Christie’s Seafood and Steaks.

When it comes to service, Christie’s Seafood and Steaks is always superb from start to finish. The original owner was a kind and goodhearted man who visited each table with a genuine smile. The founder’s family members are also the same, being truly friendly and running this establishment with excellence and consistency as in the past. The servers are attentive and kind, being an incredible asset to the entire staff. They are all knowledgeable about menu items as well as amazing at offering suggestions. Every time, the food arrives fresh and tastes phenomenal.